Wheels of Change in Lebanon 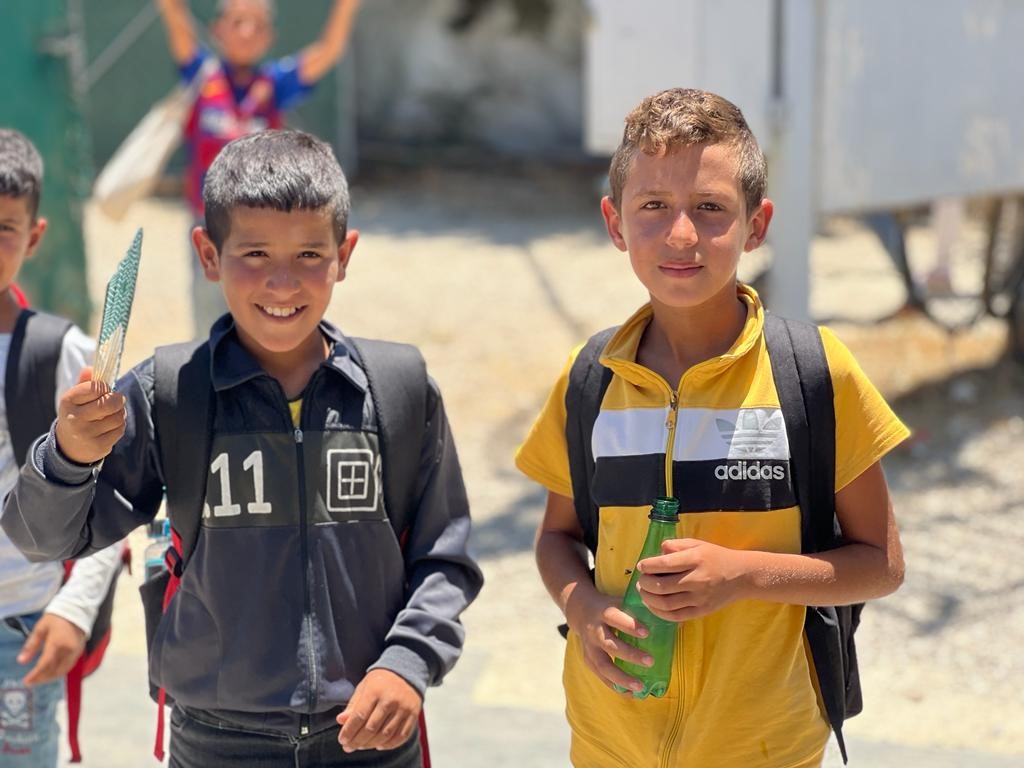 A mobile school expands its ministry in Lebanon, bringing education to a new camp and launching a vocational sewing program for Syrian girls. The needs are great, and this school-on-wheels delivers food and medicine, too.

Lebanon is experiencing one of the worst economic downturns globally since the mid-19th century*, a result of years of state corruption, waste and poor financial policies. For ministries in Lebanon, a solution-mindset is the greatest skill anyone can have according to Sayeed Milan, half of the father-son team leading Warm Heart Lebanon.

“We are taking it to another level with that,” Sayeed said. “We have power cuts every day, we live on emergency generators all the time. We are [still] benefiting our community because we are flexible.”

A school on wheels

The mobile school funded by TSI supporters is part of that flexible approach. This nimble cargo truck converts to three classrooms per camp during the week, then morphs into a food delivery service and medical clinic on weekends. A holistic approach keeps families engaged in their children’s education while meeting urgent needs that Sayeed and his father, Pastor Joseph, cannot overlook in Bekaa Valley, an area with the world’s highest concentration of Syrian refugees.

Sayeed shares that the time he spends with the children and their families – through food delivery, medical services, and schooling – creates the feeling that they are one extended family.

“We start to really care about them,” he said. “If they don’t have food or clothes, if there is a hole in one of their shoes, we feel like it’s our responsibility. I will go home, check my closet, see if there is something that would fit a student that I can spare. It becomes personal.” 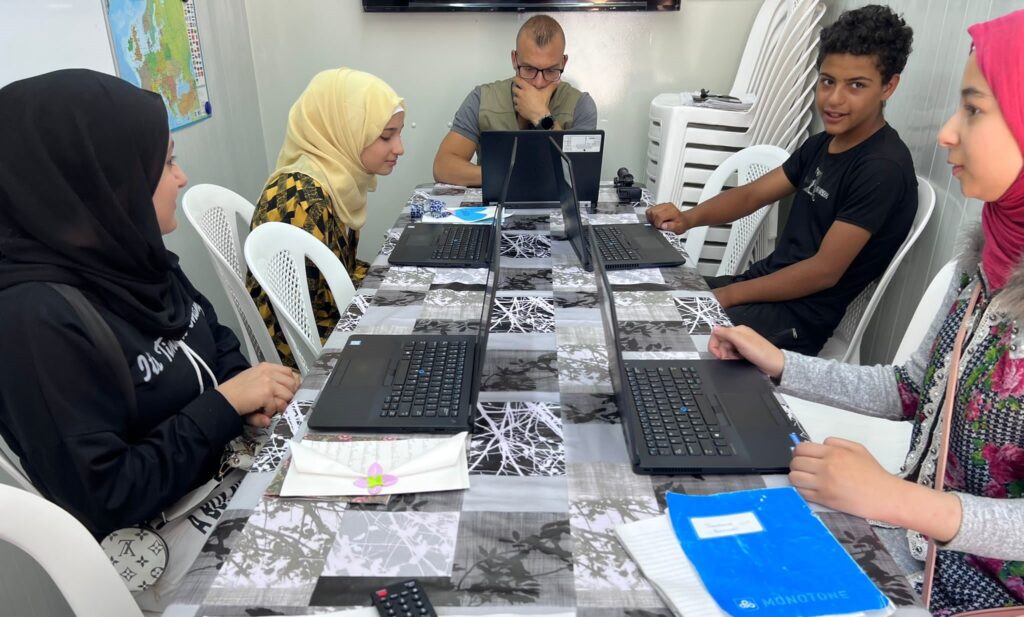 The hands and feet of Jesus

Joseph sees their work together as no different than that of Jesus.

“We couldn’t close our eyes to the need. If you want to reach out [with schooling], you have to feed them like Jesus did. He performed miracles and fed the people. He healed their sicknesses, raised their dead, because he was full of compassion. You cannot teach children and then close your heart to their other needs. It’s the whole package.”

Sayeed and Joseph say the only burden is finding the resources to meet the deep needs in the camps. But they do it with one heart and a big smile, in Sayeed’s words. He has been working with his father in the camps since his teens.”It’s wonderful to see the kids grow, kids that I personally knew when they were babies,” he said.

The mobile school is currently serving three classes per day with 25 children in each class. There is a television inside to introduce languages. Outside there are two sections, one for writing and the other for math. Handcrafts and art are incorporated, too. Warm Heart is now poised to expand ministry to another camp and will replicate these services there, hinging on the hire of a second teacher.

As the seasons change, so do school routines. Many children are absent during harvest time as they work in the fields owned by camp leaders. Warm Heart’s flexible approach again brings solutions to this problem.

“In the morning we teach children from one camp and in the evening we teach the kids from another camp who are back from the fields,” said Sayeed. “It’s illegal for them to work so young, but we are facing camp leaders who don’t want them to have education because then they won’t benefit from their work. We are fighting back on that and we aren’t being quiet about it. We will stop them so they can’t take advantage of the children.”

The weather brings other limits to services – there is no avoiding the cold of winter. Instruction will continue in the heated interior of the truck with rotating classes, but student numbers drop during the coldest months. Some classes are held in family tents offered by parents to help remedy the weather issue. “Between their tents and our truck, we will continue,” said Sayeed.

Along with an annual surge of students in spring, the future looks bright for the mobile school, including plans to launch a sewing class for Syrian girls. In winter girls can participate in vocational training in a house Sayeed and Joseph have rented nearby. Warm Heart has long offered electrical training for boys, gifting those who finish the course with their own tool kit.

“I want to give a chance to every girl, too,” said Sayeed. “When they are older they will be prepared [with a skill to use in adulthood.]”

When the military calls…

The two men laugh and shake their heads when they think of the mobile school’s success in Bekaa Valley. They knew it was a promising idea, but when the Lebanese army called for advice on how to facilitate vocational training and medical services on-the-go, they knew they were getting somewhere.

“We gave them details on how we designed the truck,” said Sayeed. “It’s a school during the week, but we’ve used it as a clinic in two villages. We recently reached about 200 patients in two days. We respond to whatever need is there.”

The Wheels of Change campaign will deliver safe schools to refugee children in Bekaa Valley. The goal is to raise $51,500 for Lebanon this year. Join us! 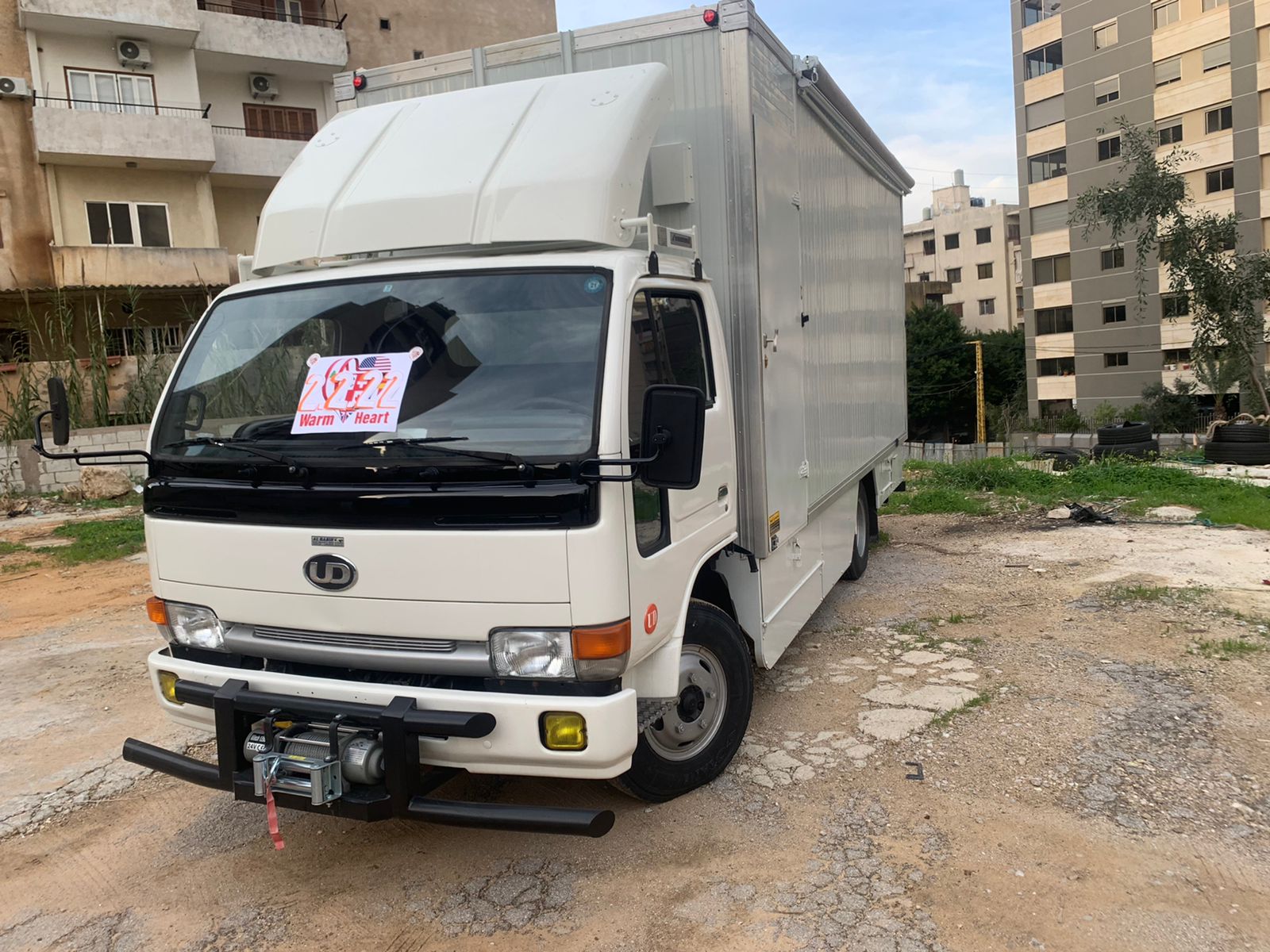 Ready to Roll: a New Mode of Education

Ready to Roll: a New Mode of Education April 5, 2022 Emily Klooster Lebanon With your help, refugee children in...